Please join us for a Vendor Appreciation Event at our Keller Williams Realty Partners office! The event will take place on Thursday, May 16th from 5:00 to 7:00 pm. We will provide snacks and drinks. This is an opportunity to deepen your relationships with our team, meet our new real estate agents, and network with other vendors on our Preferred Vendor List!

As always, we appreciate our Vendor &  Business relationships! We couldn’t do what we do without all your help & support!

To RSVP email our Director of Operations Kim Faris at kimberfaris@gmail.com. If you have questions you can email Kim or call/text 913.708.8074!

Some Fine Print:
The event will be held in the training room directly behind the receptionist desk when you first walk in. Reminder to bring your business cards! Can’t wait to see you there!

Hot off the press from National Association of Realtors. 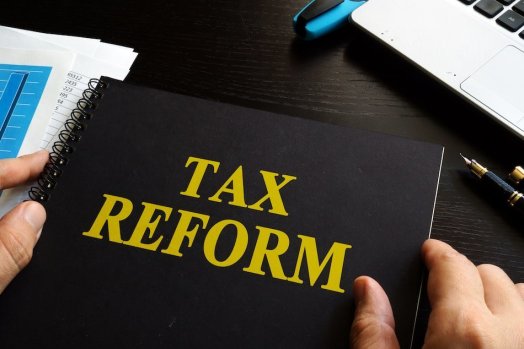 “Lawmakers in the House and Senate passed tax reform legislation today, paving the way for the bill to go to President Donald Trump for his signature. The President has said he intends to sign the bill by Christmas.

NAR worked with members of the House-Senate conference committee to help educate them on how to improve the final bill. After the vote, President Elizabeth Mendenhall issued the following statement:

“The results are mixed. We saved the exclusion for capital gains on the sale of a home and protected the mortgage interest deduction for second homes. Many agents and brokers who earn income from personal services will also see some significant new benefits in their business.

Despite these successes, we still have some hard work ahead of us. Significant legislative initiatives often require fixes to address unintended consequences, and this bill is no exception. The new tax regime will fundamentally alter the benefits of homeownership by nullifying incentives for individuals and families while keeping those incentives in place for large institutional investors.

“That should concern any middle-class family looking to claim their piece of the American Dream.”

Although the final tax reform bill is far from perfect, it is significantly better for homeowners than previous versions. That’s thanks to the efforts you made. REALTORS® generated over 300,000 emails and telephone calls to members of Congress over two Calls for Action and held countless in-person meetings with legislators, all of which helped shape the final product.

Last-minute changes to the bill include the following improvements:

• Capital gains exclusion. In a huge win for current and prospective homeowners, current law is left in place on the capital gains exclusion of $250,000 for an individual and $500,000 for married couples on the sale of a home. Both the House and the Senate had sought to make it much harder to qualify for the exclusion.

• Mortgage interest deduction. The maximum mortgage amount for households deducting their mortgage interest has been decreased to $750,000 from the current $1 million limit. The House bill sought a reduction to $500,000.

NAR promises to continue it’s fight to reduce the negative impact tax issues have on homeowners. They look forward to joining Congress from both sides of the table on that journey.

-This article was taken from the National Associations of Realtors for educational purposes only and complies with the fair use provisions.